What Does The Color of Roses Mean?

“That which we call a rose by any other name would smell as sweet” (Quote from Romeo and Juliet by William Shakespeare, ca. 1600)

According to Shakespeare, it doesn’t matter what we would call a rose it would still smell as sweet.  I would like to add; that it would still be as gorgeous by any other name as well. 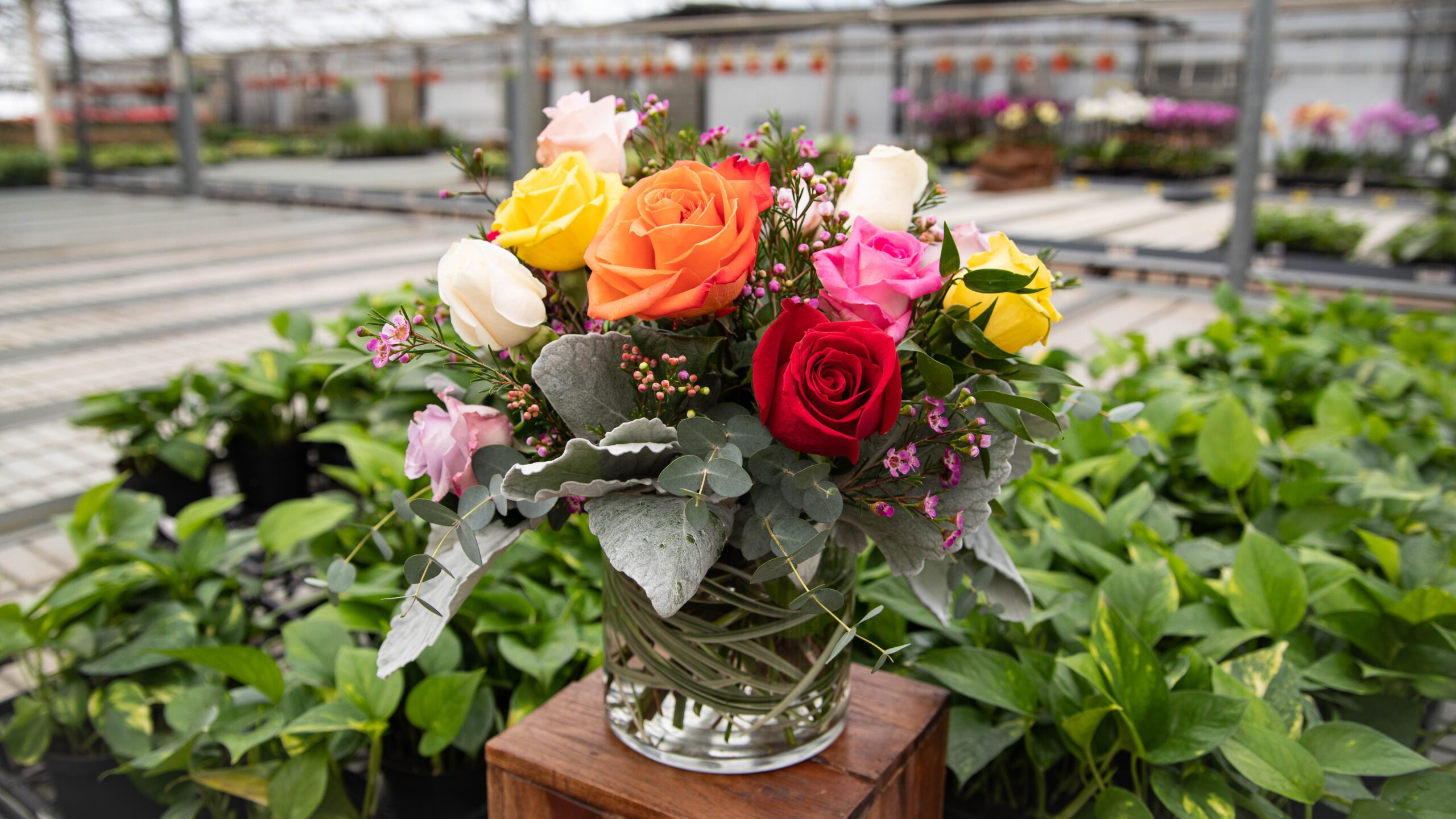 February? Is it really that time already? In the floral industry, once Christmas and New Years have come to an end, all of our efforts go into…you guessed it, Valentine’s Day! And what flower is most associated with Valentines? Of course, the rose. I got to thinking about this, why the rose? There are so many other flowers available to us. Why is the rose so popular for this holiday? Of course my curiosity made me do a little research and here is what I found. 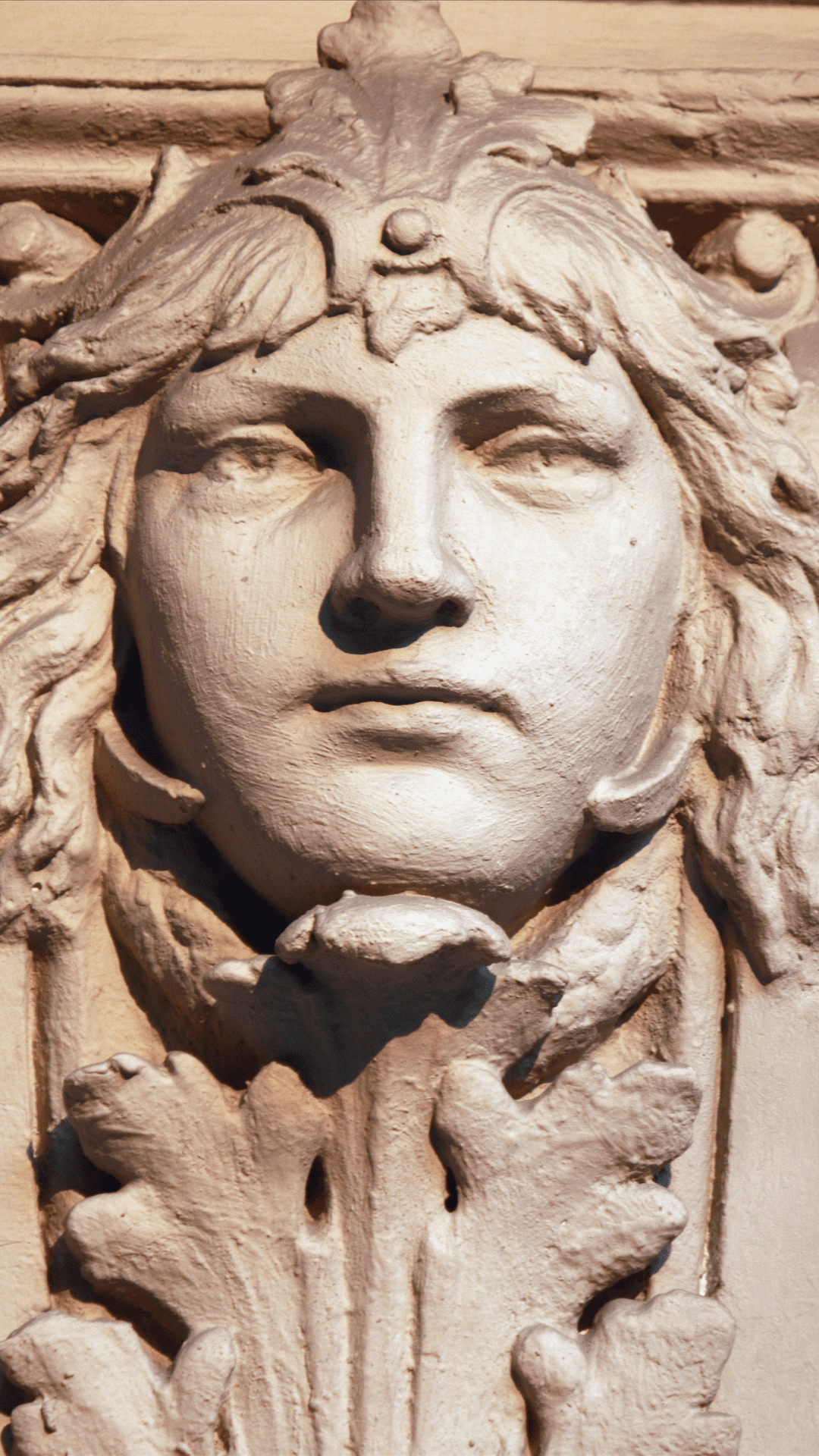 According to Greek mythology, and there are a few different legends about this, but what it comes down to…is that Aphrodite, the goddess of love, fell deeply in love with Adonis who was a hunter. When Adonis was killed while hunting, it is said that as Aphrodite wept over him. At that spot in the forest grew a lovely rose bush. Abbreviated story by the way. Another versions says that as Aphrodite ran through the forest to Adonis when she heard of his tragic peril, she scraped herself on a rose throne and her blood turned a white blossom red…hmm lots of myths out there about roses connected to the goddess. THEN St. Valentine came along and he was secretly marrying couples during a time when this was forbidden…oh no! He quickly found his way into prison where he fell in love with the jailer’s daughter! Good grief! This sounds like a movie. And on the day that he was to be executed, he wrote his love a note and signed it, “Your Valentine”, and sent it to her with a rose…and guess what the date was that he was executed…yep, you guessed it, February 14. So fast forward, the Romans continued over the centuries to use roses as a symbol of love. As Valentine’s Day morphed, apparently we have continued to use roses as part of our floral tradition as well.

Thank you Aphrodite and St. Valentine.

According to the above second legend that I shared, Aphrodite’s blood turning a white rose red, is supposedly what led to the red rose being the “pin-up” rose color for this important “LOVE holiday”. Wow, what I learn when I get to write a blog for us!  Which brings me to the second part of this blog…the meanings of the colors of roses:  Have you ever wondered…”what message am I sending if I send a red rose”? Or, “I want to send a rose, but she’s only my friend…”. Well, fear no more, we are going to put those colored rose fears to rest for you and help you choose the right color for the appropriate message. So, let’s open up the color palette and begin.
Yellow Roses: Yellow conveys exuberance, friendship and caring. It is bright and cheery and says, “you are important to me friend”. Yellow roses are one of the more popular colors by the way, other than red and pink, that is. 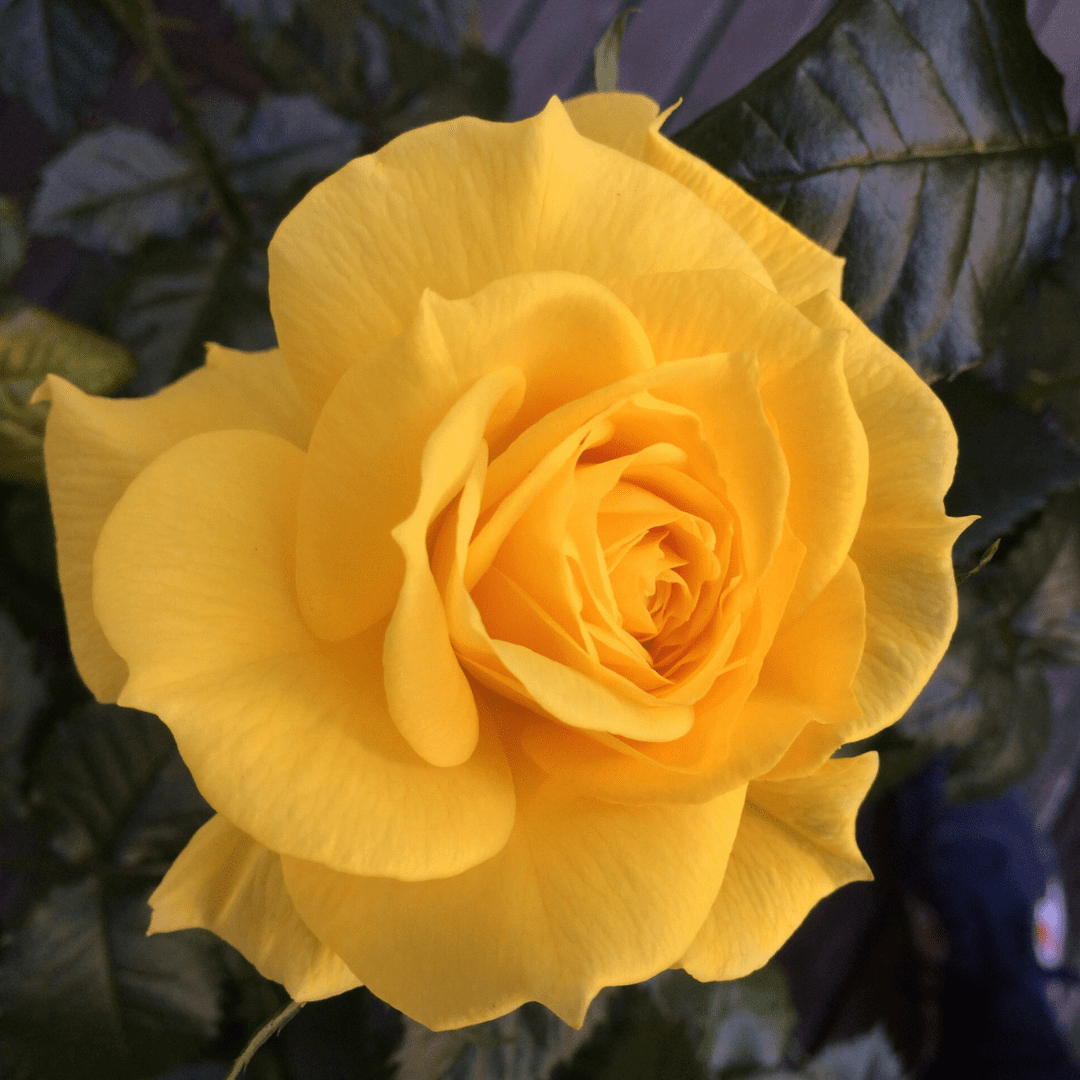 Orange Roses: Not as popular on Valentines, but they do convey a message of energy! Pride, fervor and fascination. The color orange is full of enthusiasm, so giving an orange rose simply conveys that exuberance. 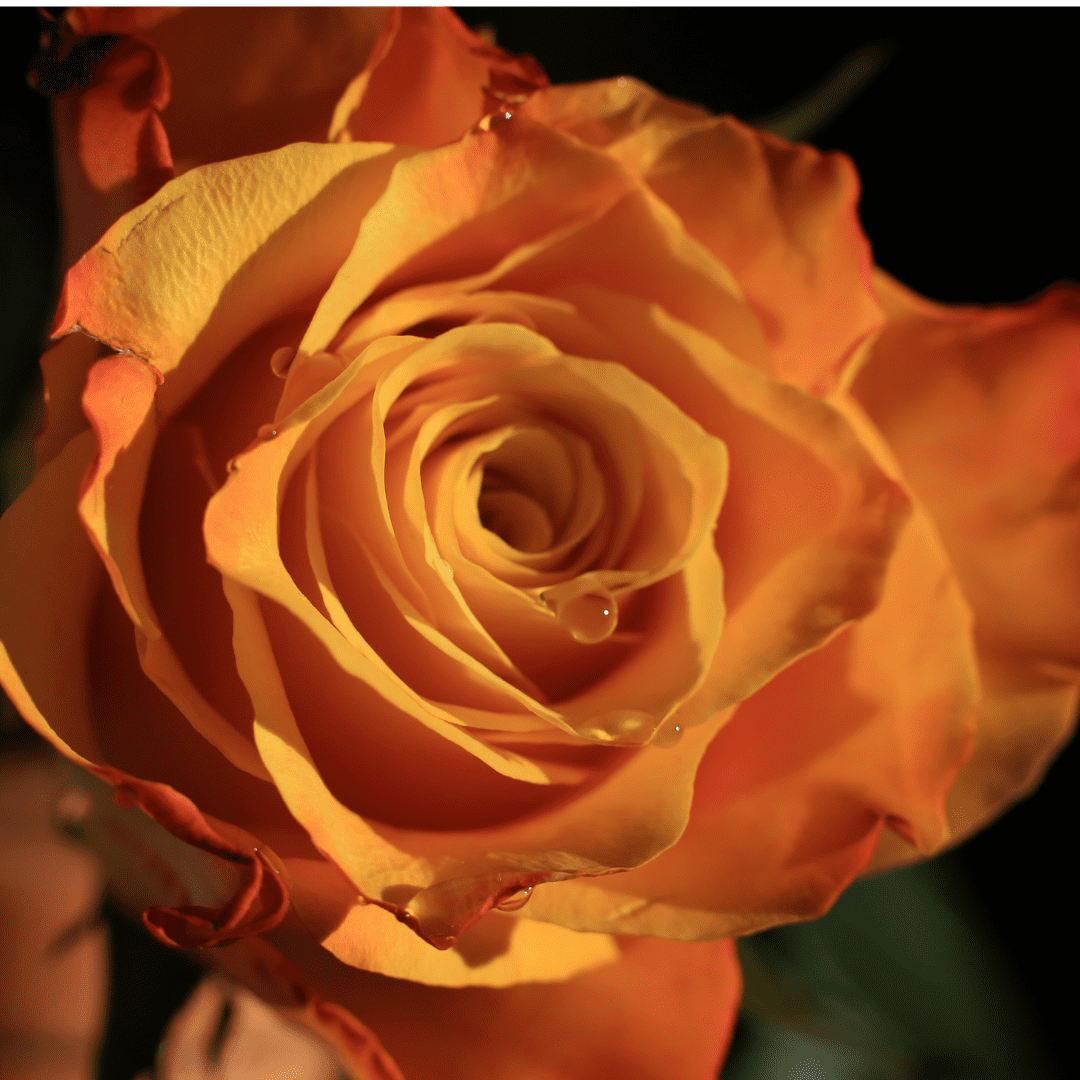 Lavender Roses: This color rose says, “you enchant me”, it is the color of “Love at first sight”. Maybe the perfect colored rose to give if you have just fallen head-over-heels for someone. As the shades of lavender deepen closer to purples, this sends the message of regal, pride and richness, it could even convey “mystery.” 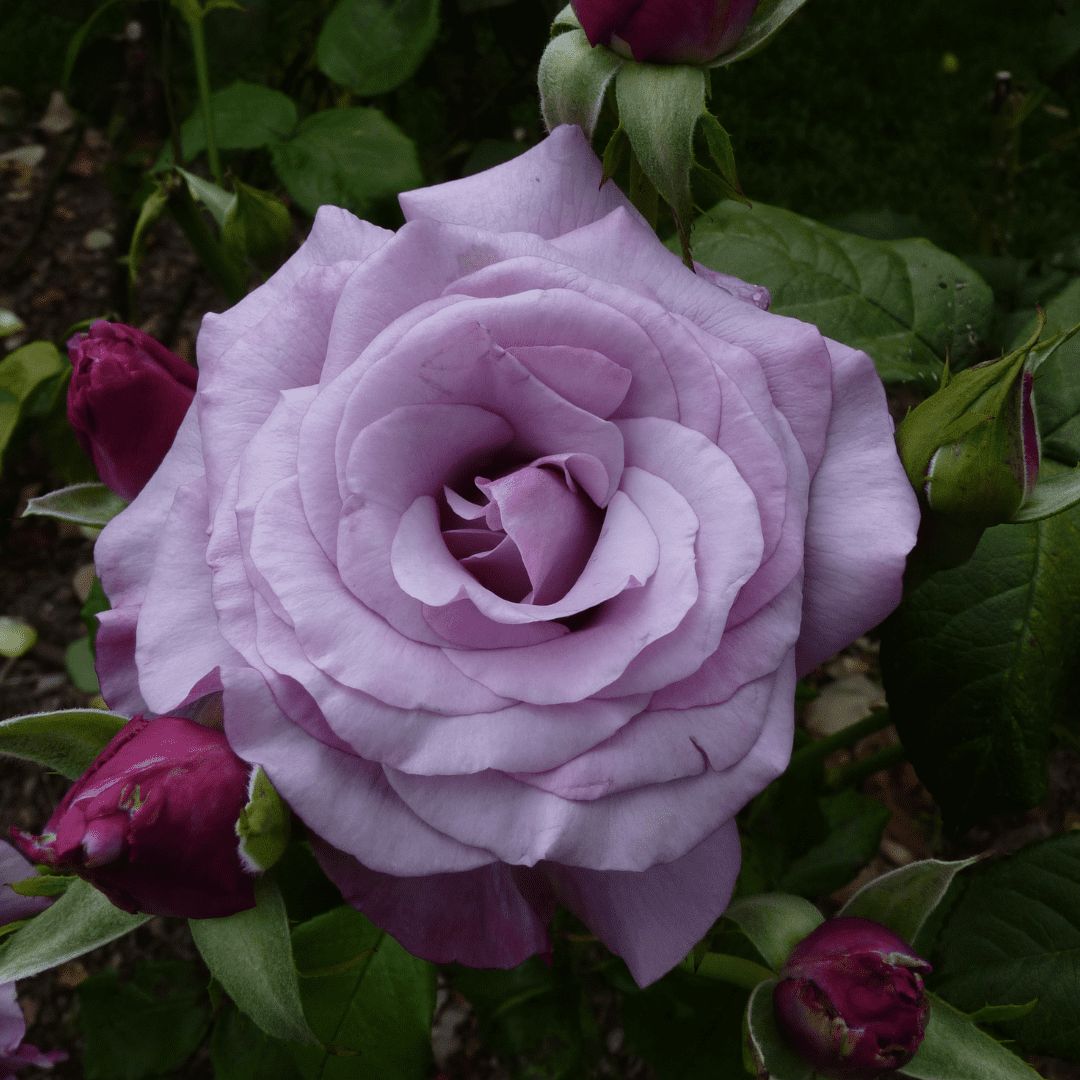 White Roses: Many years back 30’s, 40’s and into the 50’s, this was the color for wedding roses. It symbolizes purity, genuine love, gentleness, softness,  innocence if you will, and was what Brides during these eras desired in their wedding flowers. So if you want to send a message of gentle love, simple and innocent…choose white. 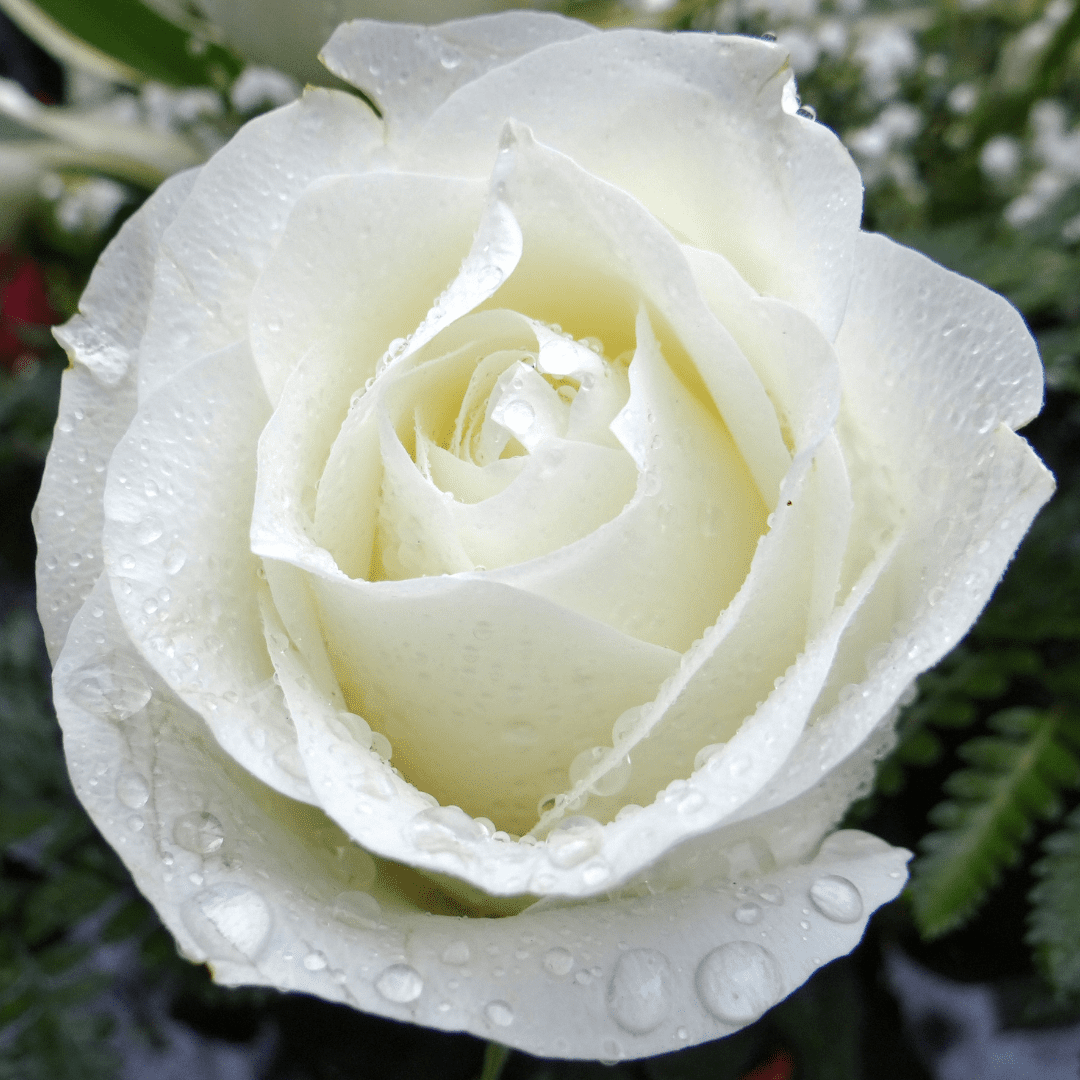 Pink Roses: Of all of the colors, shades of pinks have a lot they can say. Soft pinks, speak to gentleness, admiration, sweetness. Innocence is also a message that a pale pink rose conveys and is the perfect rose for little girls. As the pink brightens, Joy and gratitude become the message. Pink roses also can note elegance and grace. 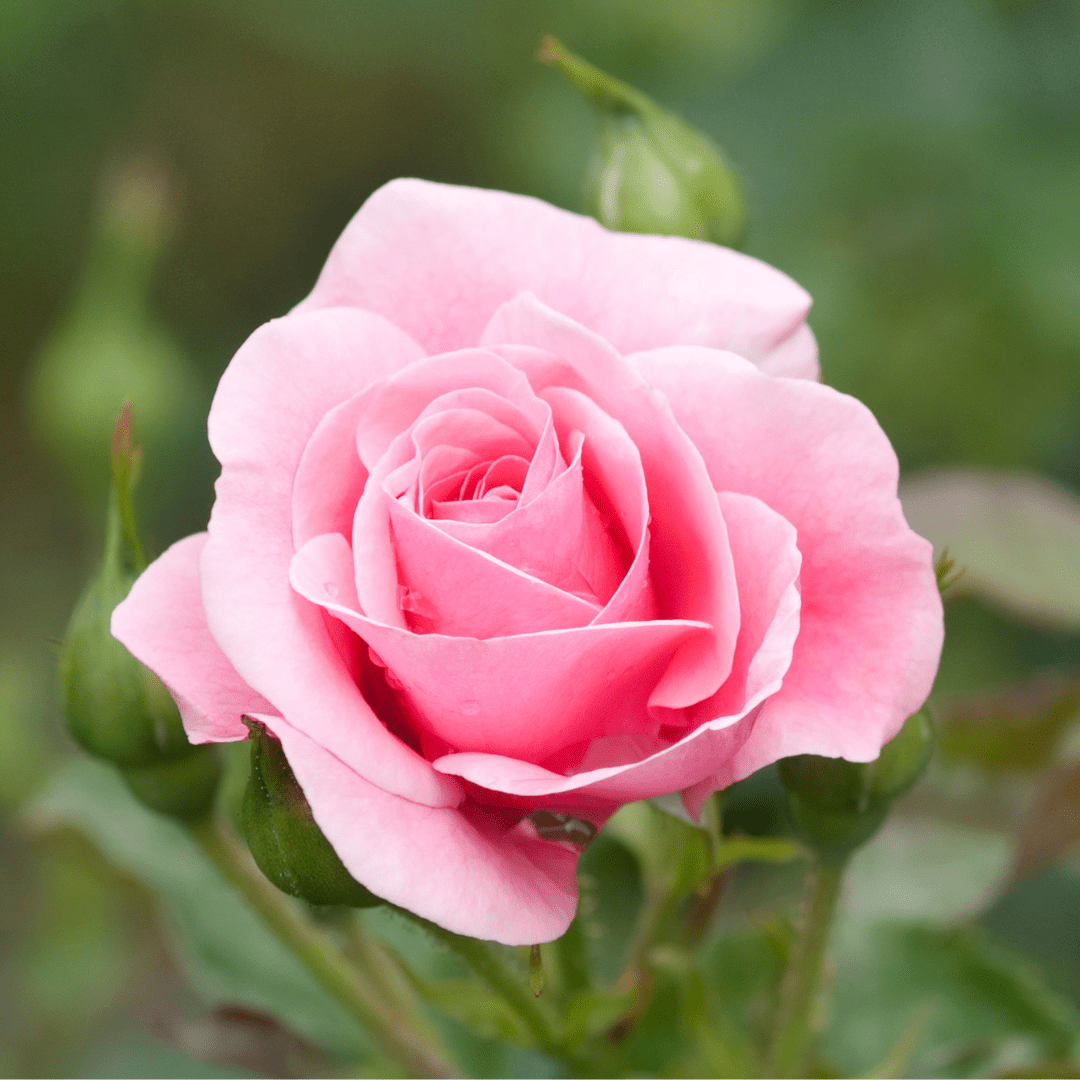 And now this brings us to the last (that I am going to talk about in this blog) and most popular color rose: RED! Red roses command attention. They speak of deep emotions and desires. Love and longing, admiration and devotion. They say, “I LOVE YOU”. However, a deep red rose can also say, “I am sorry”, but this is usually from one lover to another. 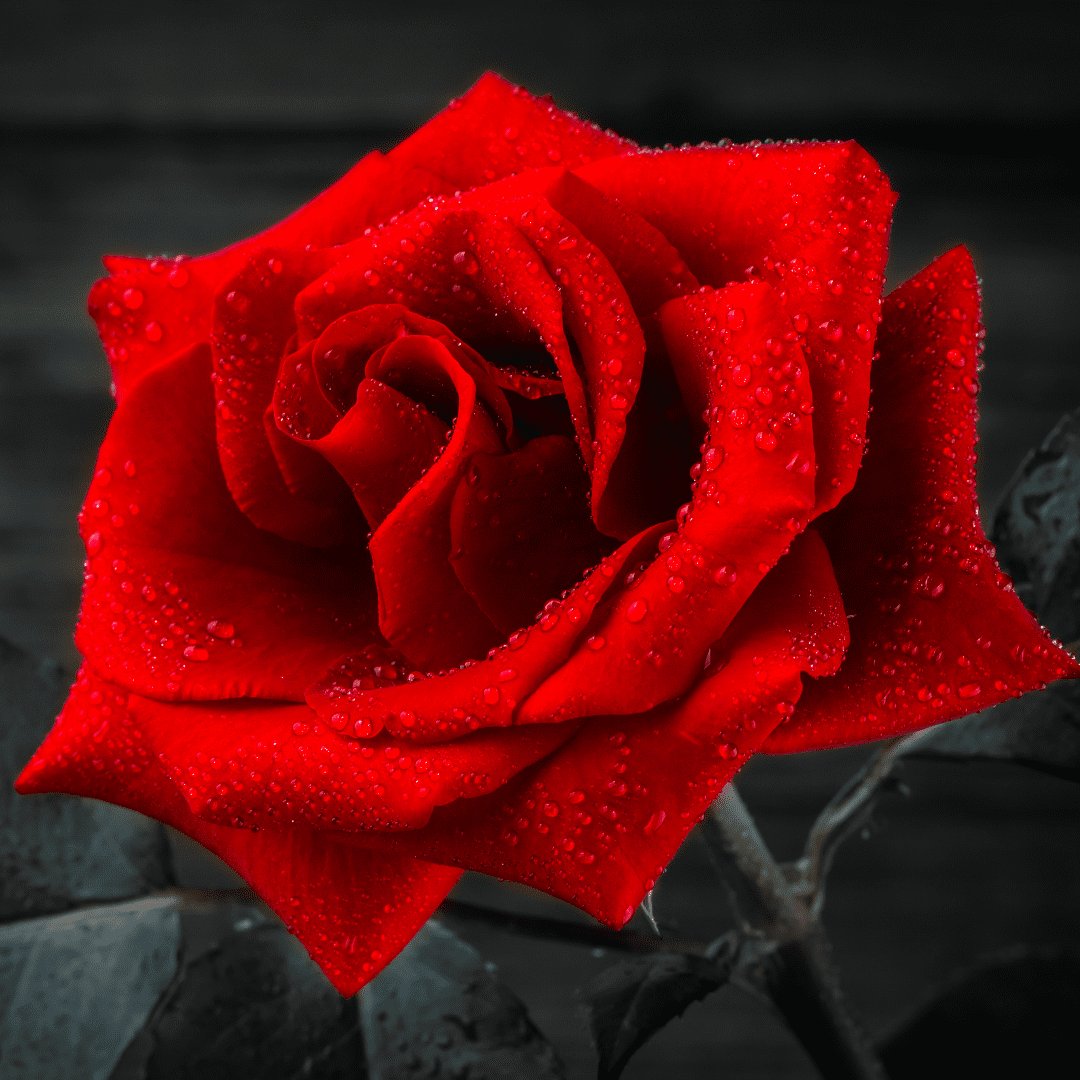 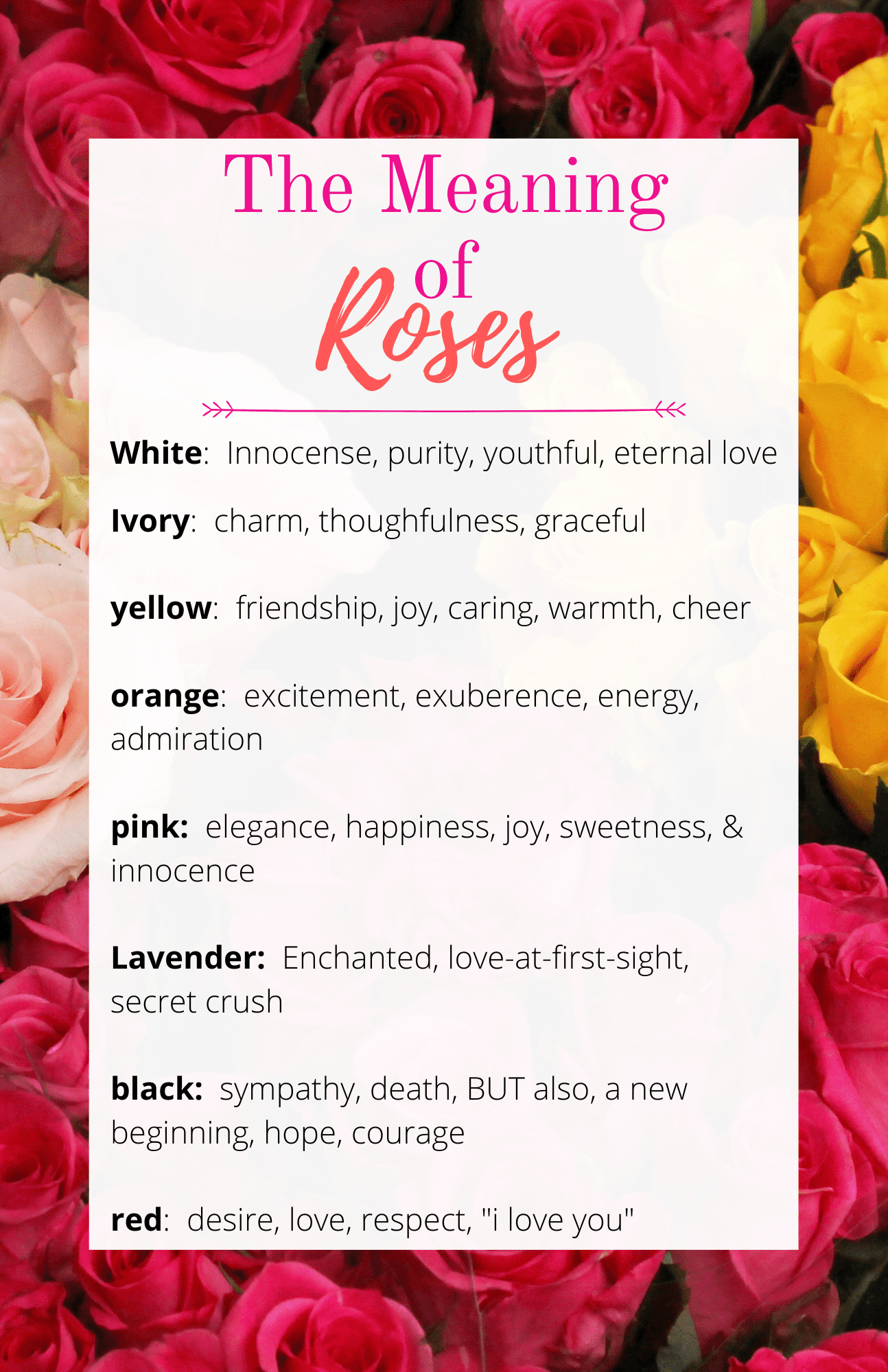 Now, as you all know there are many other colored roses as well, but these are the more popular ones and I didn’t want to be a “thorn in your side” by going on and on about roses. If you google “meanings of colors of roses”, lots of information will come up. While I wrote this blog from the words of my mouth, I did gather information by googling and reading various different online posts.

So, as we near Valentines 2021, I would LOVE to see all of you think about the message you want to convey to those you adore, love and appreciate with the message of roses or other flowers. Or the message that your customers may want to convey. Share with those who enter your shop what you have learned from this post. I hope you enjoyed and learned something fun and interesting as you read this blog entry. Have a blessed day!

I would choose to give all of you a yellow rose-Happy Valentines!